The script is adapted to Sentinel-2 Level-1C images. It separates land from water using the Normalised Difference Water Index (NDWI). It displays land in natural colour. On the water, it should display the presence of plastic in the water on a dark blue/yellow scale, with dark blue representing no contamination. My prototype does not work reliably but it is a proof of principle in an emerging and pressing area with current, active research. It probably works best (gives the least false positives) around Lesbos, Greece, where most data originated from.

Several notable contributions: 1) A facility was written in Python3, implemented in a Jupyter notebook, to select and visualize selected pixels. Their values in the 12 bands are read out. Bands with lower resolution are upsampled to 10m resolution. 2) The implementation in Python3 using only basic operations, of the evaluation of fitted machine learning models from Scikit-Learn, tested against the Scikit-Learn implementations themselves. 3) For each model, tailored Python3 code turns author’s implementation into Javascript code for Sentinel Hub. 4) A Google Cloud Storage bucket was created to host various scripts.

Given more images of plastic (just more pixels!), more area in images that are known to contain no plastic, more effort spent labeling, and by testing a wider range of machine learning models, major improvements are possible. There is a research group working on this (Dr. Lauren Biermann, Plymouth Marine Laboratory, UK).

Author’s visualisation shows the script detecting the three 10-by-10-metre patches of plastic that was placed on the water by researchers. This is the positive data used for the training. The same three patches are also seen on the Sentinel Hub EO Browser running the script. The script shows around the southeast tip of Lesbos island some vessels and an interesting pattern of three rows of some man-made structure off the coast. (All from the 2018-06-07 detection.) 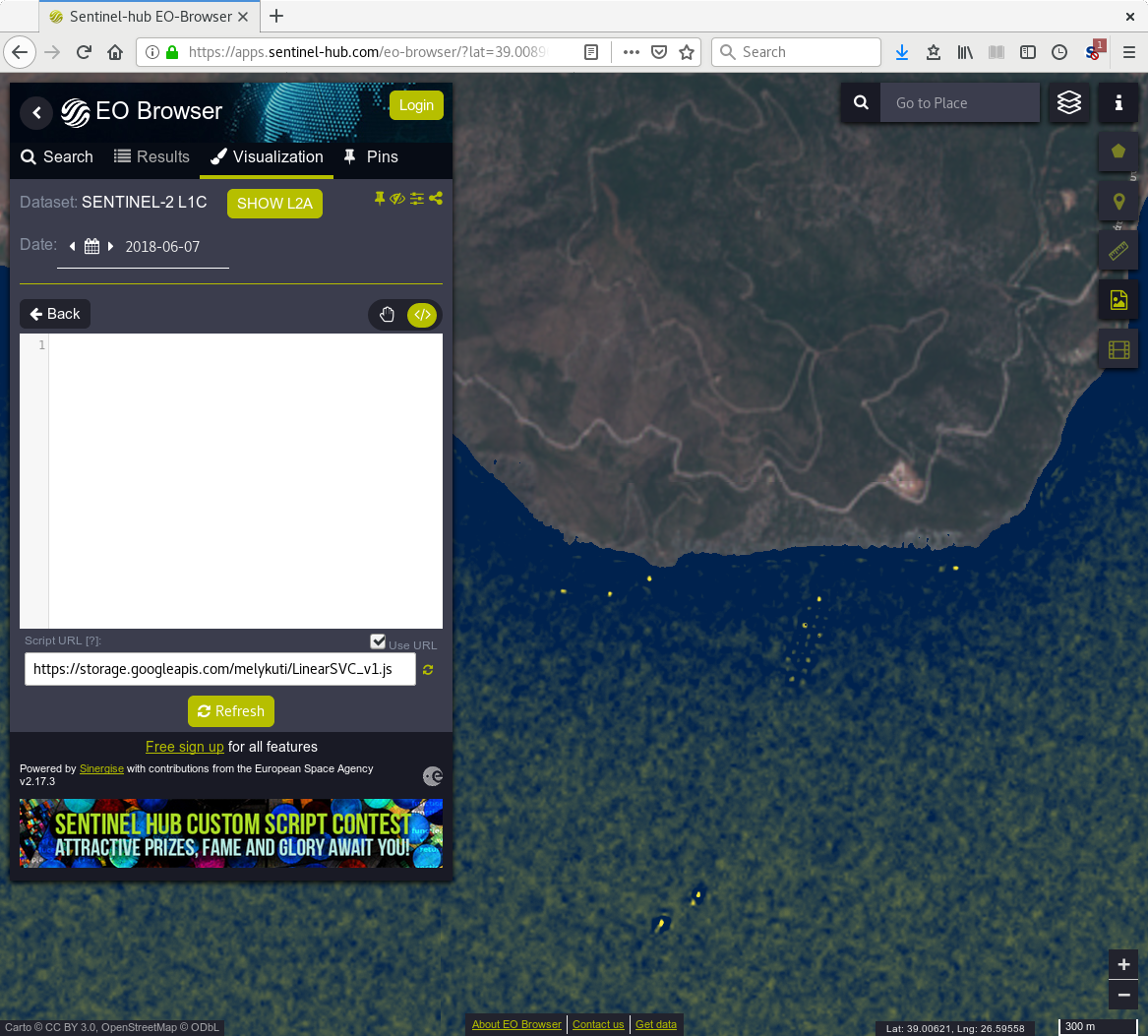 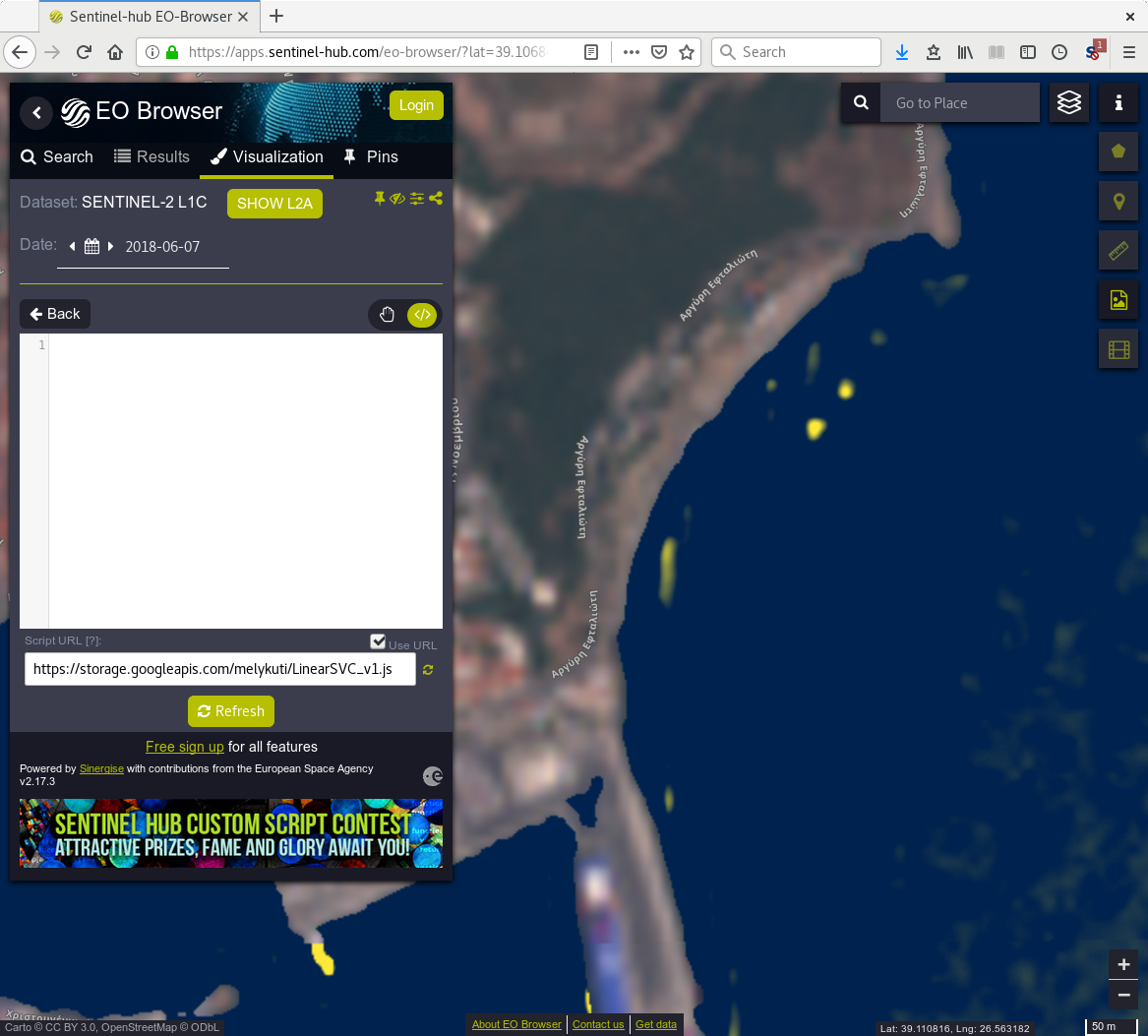 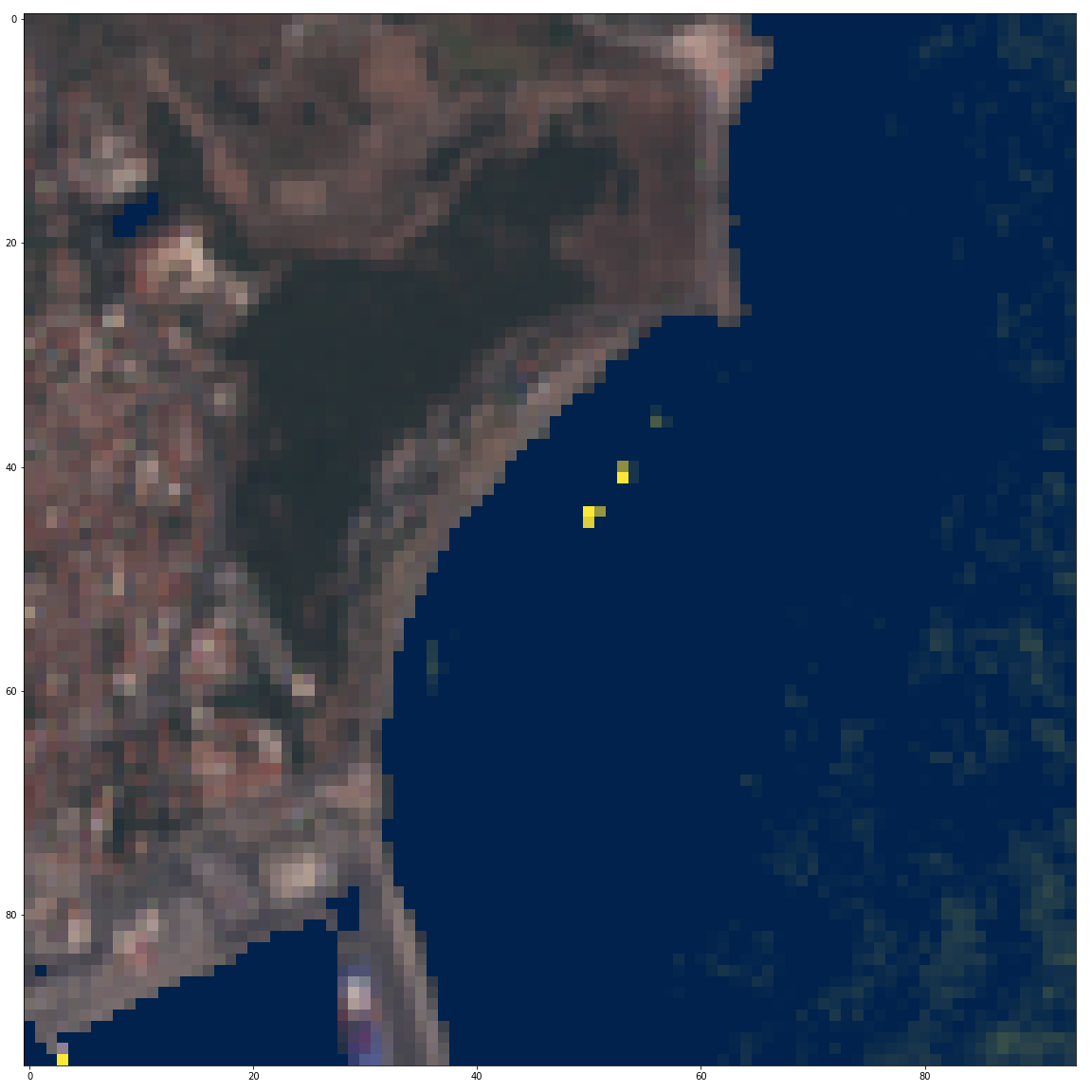